Carola Bauckholt (born 1959) is a German composer. She was born in Krefeld, West Germany. She worked at the theater at the Marienplatz in Krefeld and studied music with Mauricio Kagel at the Cologne Musikhochschule from 1978-84. Bauckholt co-founded Thürmchen Verlag in 1985, a publishing house in Cologne, and in 1991 co-founded the Thürmchen ensemble, also in Cologne. In 1990-91, she attended the Stuttgart Academy on scholarship, in 1992 the Schreyahn Artists' Colony in Lower Saxony and in 1997 the Villa Massimo in Rome. Bauckholt’s music focuses on thinking about the phenomenon of perception and understanding. Her compositions often mix elements from visual art, musical theater and concert music. To do this, she likes to use noisy sounds, which are often produced with unusual means and are not incorporated into a given composition grid, but are observed and continued in their free development. 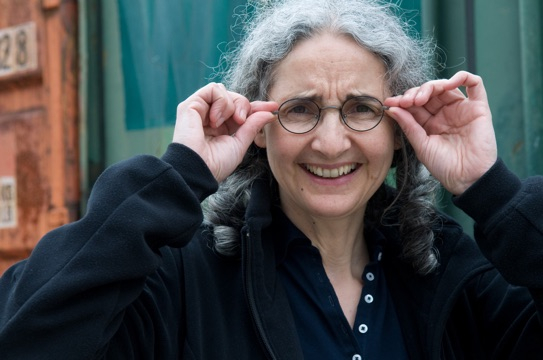