Frieder Butzmann was born in 1954 near the Swiss border at the Lake of Constance. He has lived in Berlin since 1975. He studied musicology, Cybernetics and Psychology at the Technische Universität, Berlin. He was part of the punk and industrial scene in 1977 and the post-punk scene of 1978. He has appeared live since 1976, performing everywhere from back yards in Berlin’s Kreuzberg area to the Museum of Modern Art, New York, and the rest of the world.  Around the world he did things like Musik für eine Barocke Party, a Klingon Opera, more than 30 radio plays, and sound art pieces.  He also teaches, writes books and works permanently at his Studio für Komische Musik in Berlin. www.friederbutzmann.de 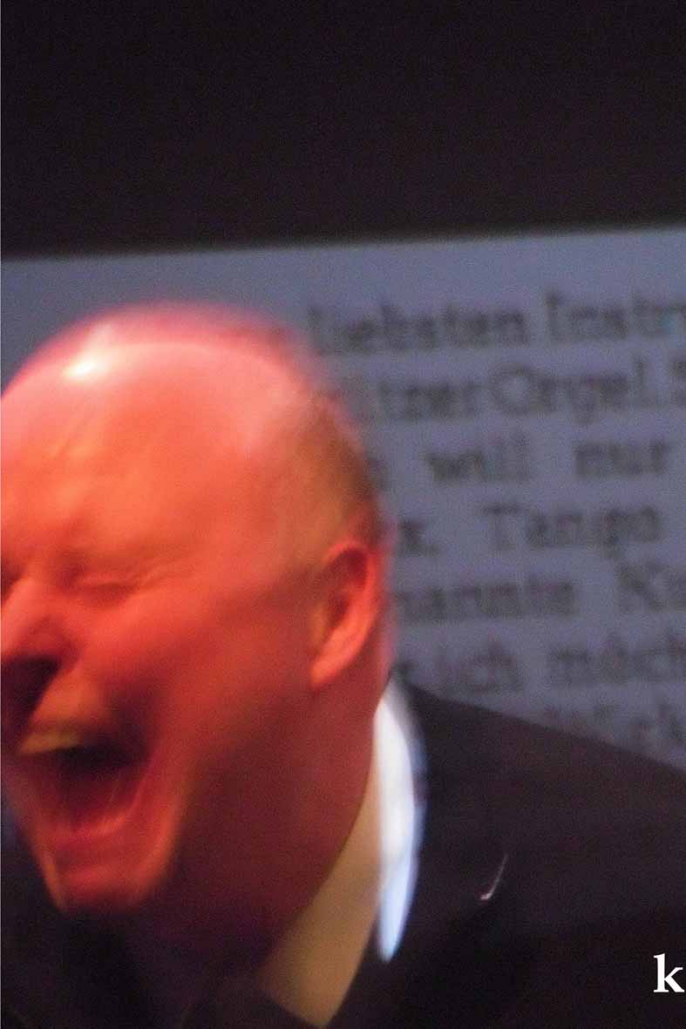