Huw Morgan (born 1975) studied music at the University of Oxford, where he was organ scholar at St Edmund Hall, and choral conducting at the Royal Academy of Music, winning the Doreen Olwen Leyshon prize. He is currently director of the Ripieno Choir; previously he held posts of musical director of the Hanover Choir and the Merbecke Choir of Southwark Cathedral, and was organist of St Laurence Church, Catford for ten years. Huw’s compositions have featured at the South Bank Centre, the Huddersfield Contemporary Music Festival, the Canterbury Festival, the Bergen International Organ Festival, at Canterbury Cathedral and on Radio 3 and numerous CDs. Recent commissions include composing and arranging music for Ipswich Remembers, a major show featuring Ipswich Choral Society and Dance East telling the story of Ipswich’s involvement in World War 1; and Fault, a work for two organs and electronics exploring the ecological impact of the US/Mexico border wall and composed for the organ department of Arizona State University. In 2013, with the organists Michael Bonaventure and Lauren Redhead, he founded Automatronic, a collective that seeks to promote, create, and perform new music for organ+electronics. Huw recently spent time in Hamilton, New Zealand where he was guest director of the choir of St Peter’s School, Cambridge and sang in the cathedral choir; he now teaches at Monmouth School. 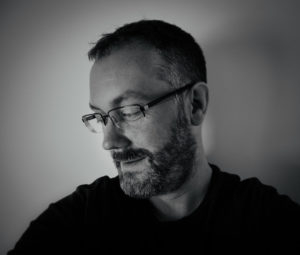