James Weeks is a composer and conductor specialising in new music, based in the UK. His music is performed and broadcast worldwide and four portrait discs of his work have been released to date: Mala punica (Winter&Winter, 2017), Signs of Occupation (Métier 2016), mural (confront 2015) and TIDE (Métier 2013). His music can also be heard on the Wandelweiser, HCR and NMC labels. He has written for many leading ensembles and soloists including Plus-Minus, Quatuor Bozzini, London Sinfonietta, New London Chamber Choir, Phoenix Piano Trio, EXAUDI, Ekmeles, Mira Benjamin, Alison Balsom, Apartment House and Anton Lukoszevieze. His music is published by University of York Music Press. His work is typically focused on music for soloists or small ensembles, exploring pared-down, ‘primary’ musical syntaxes and systems, with particular interests in modality, microtonality, modularity and indeterminacy, embodied/haptic dimensions of sound, and plain-speaking. He studied composition with Michael Finnissy, and was awarded a PhD in Composition from the University of Southampton in 2005. Previously Associate Head of Composition at the Guildhall School of Music & Drama, London from 2012-17, he took up the post of Associate Professor of Composition at Durham University in October 2017. 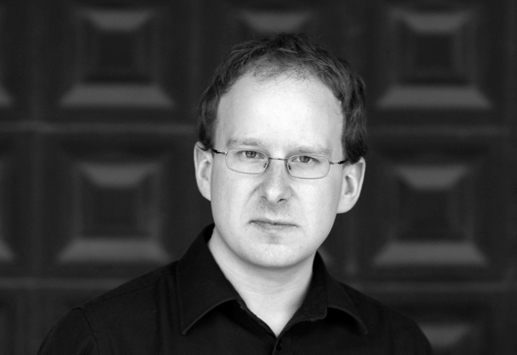