Manuel Pessoa de Lima is a Brazilian performer-composer. He is interested in the theme of failure and creates site-specific performances with confessional elements. Currently based in Berlin, develops solo performances with speech, sound, video and red light. Themes in his work often include creating irony around the notion of high culture, destabilizing the traditional concert setting. Exploring failure is a theme of great interest developed in his most recent solo "The Failed Pianist", featured at the Send-Receive Festival (Canada) and at the Schloss Solitude Summerfest (Germany). Lima has a digital release through Cafe Oto with his work 36 English to Portuguese Lessons, and his latest album Realejo (Organ, whistles and electronics) will be out by Black Truffle in 2020. Holds a doctoral degree in the Performer-Composer program by CalArts (California Institute of the Arts) and has performed his solo work in Antwerp, Berlin, Brussels, Melbourne, London, Los Angeles, Tel-Aviv, Stuttgart, Winnipeg and São Paulo. Awarded by Vitae Foundation and by the Culture Secretary of State (ProAc). Has composed for cinema, contemporary dance, theatre and television. 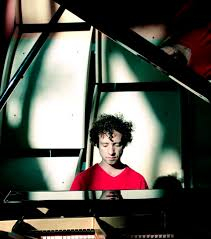 Saturday May 02 15:00Throughout the weekend, Manuel Pessoa de Lima will perform in the Recital Room.