Ingrid Laubrock (born 1970) is a German jazz saxophonist, who primarily plays tenor saxophone but also performs and records on soprano, alto, and baritone saxophones. She studied with Jean Toussaint, Dave Liebman and at the Guildhall School of Music and Drama. Laubrock lived in London from 1989 then New York City from 2008.  In 1998, she released her first solo album Who Is It? and was nominated for the 'Rising Star of the Year' award at the 1999 BT Jazz Awards. She was also nominated for the BBC Award 'Rising Star' in 2005 and in 2009 won the SWR Jazz Award for her recording Sleepthief, featuring pianist Liam Noble and drummer Tom Rainey (her husband). They recorded a 2011 album called "The Madness of Crowds". Laubrock’s composition 'Vogelfrei' for orchestra, soloists and choir from the Album 'Contemporary Chaos Practices' was included in The New York Times “25 Best Classical Music Tracks of 2018” by NY Times critic Seth Colter Walls. 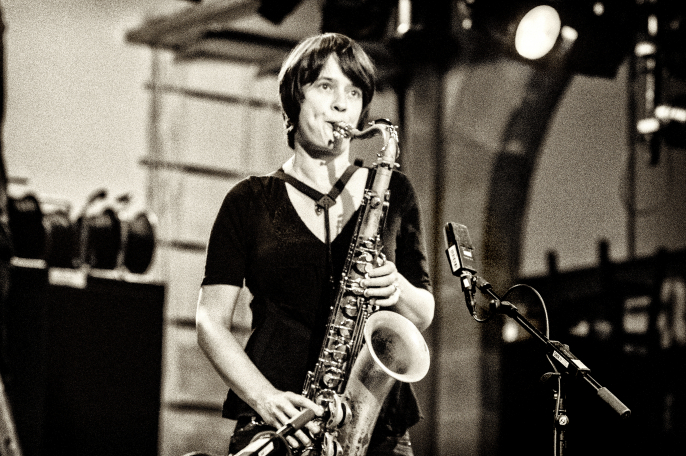